As we approach the end of our first week of partial, we sit back and reflect over the past week. It has  been a time of great challenge for many, where fear and anxiety might have taken over for some of us. However we daily fix our eyes on God, and allow this period to be a renewed period of grace, as we place our trust in God through the intercession of Mother Mary.

Over the weekend we shall be going over the gospel readings of the day, that together with the whole Church we may be fed by the Word of God and the spiritual communion we are called to in these times.

The Parable of the Pharisee and the Tax-Collector

He also told this parable to some who trusted in themselves that they were righteous and regarded others with contempt: ‘Two men went up to the temple to pray, one a Pharisee and the other a tax-collector. The Pharisee, standing by himself, was praying thus, “God, I thank you that I am not like other people: thieves, rogues, adulterers, or even like this tax-collector. I fast twice a week; I give a tenth of all my income.” But the tax-collector, standing far off, would not even look up to heaven, but was beating his breast and saying, “God, be merciful to me, a sinner!”.  I tell you, this man went down to his home justified rather than the other; for all who exalt themselves will be humbled, but all who humble themselves will be exalted.’

The Rosary will be prayed every day at 5:30pm and live-streamed on TVM2, Newsbook & Church.mt, from the Curia’s chapel. We encourage you all to join us in this prayer. If you have any prayer intentions which you’d like us to pray for, you can write them below. These intentions will be kept in confidence. 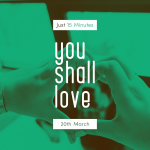 20th March – You shall love 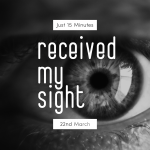