The MCYN represents a large number of youth organisations in Malta which strongly oppose abortion. Regrettably these organisations were not represented at this session of the National Youth Parliament.

The MCYN holds that life should be protected from conception to natural death. Maltese society at large must remember that abortion is a procedure which goes against this basic principle and right to life.

The MCYN encourages Maltese institutions to draw up educational programs to help young men and women understand the deep consequences which abortion brings not only on their personal lives, but on the termination of life of the unborn child.

The MCYN encourages educational programs which highlight the importance of good sexual health, and which are not only based on the physical aspect of sexuality, but also include the emotional, psychological, spiritual and moral perspectives.

The MCYN also calls upon young persons who are journeying with people who are struggling with the idea of abortion not to abandon their peers. It is important, especially for Catholics, to guide, help, and support young women or couples who have already passed through an abortion. We also need to help inform all those who still do not know about the gravity of abortion, which deprives the unborn child of the most basic of rights, the right to life. 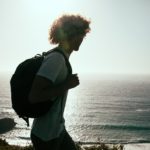 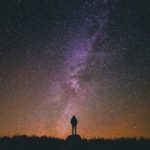 The second session of Ripple – Questioning Suffering 🥺 will be happening tonight at 7:30pm!

Session 2: 𝐏𝐫𝐞𝐬𝐞𝐧𝐭-𝐝𝐚𝐲 𝐒𝐮𝐟𝐟𝐞𝐫𝐢𝐧𝐠
The second webinar will be taking a particular look at present-day suffering, especially the challenges young people meet today. Apart from looking at the causes and effects of such suffering, we will also be questioning where God is in these trials, and how youth leaders can respond to the suffering of those they accompany.
Speaker: 𝐅𝐫 𝐅𝐚𝐛𝐢𝐨 𝐀𝐭𝐭𝐚𝐫𝐝 𝐒𝐃𝐁

❗You are still in time to register for tonight!
🖱️ Register Now For Free! – https://mcyn.org/ripple-questioning-suffering/

❓ Meet the speaker for the second session of 'Ripple – Questioning Suffering'.

Fr @Fabio Attard Salesian will be focusing on the practical questions about suffering: What kind of suffering do young people experience? How should youth leaders deal with this suffering?🩹

And once again THANK YOU! 👏
Archdiocese of Malta

❓Meet the speaker for the first session of 'Ripple – Questioning Suffering'.

Dr Joseph Ciappara will be starting off our discussion on suffering by looking at what the Bible has to say. 📖

Session 3: The 4 Pastoral Attitudes – A Church that Goes Out
📣 We’ve often spoken about peripheries in previous Plexus conferences, however, are we reaching them? And have they changed?

Session 3: The 4 Pastoral Attitudes – A Church that Accompanies
📣 Pope Francis speaks of “the art of accompaniment” as something which everyone in the Church needs to learn. Fr Bernard Falzon MSSP will explore what it means to accompany someone, especially in the context of youth ministry,

🎙️ Fr Bernard’s main ministry is in the accompaniment of youths and seminarians in their journey of discernment and formation towards religious life and the priesthood.

Session 3: The 4 Pastoral Attitudes – A Church that Welcomes
📣 Welcoming is not a matter of simply letting someone in, but rather allowing people to be who they are. Fr Antoine Farrugia SDB will be looking into the attitude of “welcome” and how it calls us to turning our gaze away from ourselves.

🎙️ Fr Antoine has been running the Salesian Youth Centre in Senglea for the past 7 years. He also serves on the Chaplaincy Team at MCAST and the Church’s Safeguarding Commission.

Session 3: The 4 Pastoral Attitudes: A Church that Listens
📣 What does it mean to be a Church that listens? This session will go over what it takes for youth leaders to listen well – to the world, to the Word and to young people.

🎙️ Louise Laferla is trained by Jesuits as a spiritual director and retreat giver. Her passion is seeking how to be an active contemplative in daily life. She is also a member of the MSSP lay community.